If you have studied any psychology or sociology, you heard about the Kitty Genovese effect-a woman named Kitty Genovese, murdered in early 1964 while her neighbors looked on. The theory goes that people are reluctant to get involved because everyone assumes someone else will get involved, and people don't want to be bothered. This link is to an NPR story from On The Media which questions much of the accepted wisdom surrounding this story by historian Joseph Le May.
Posted by Unknown at 8:47 PM No comments:

You Picked A Real Bad Time

I read something yesterday that has thrown me off stride.

If you have ever played a sport where contact is expected (like football or hockey) or one where contact is not strictly allowed but happens anyway (like basketball or soccer), you know that, while in the heat of battle, you carry in your head a sense of where the other players are and where they should be headed. You can't always describe it, but you just kind of know it. Therefore, when you're about to make contact with someone else, you're half expecting it.

What I read yesterday was the mental equivalent of being blindsided. It wasn't bad, or tragic, or anything other than completely unexpected. I wasn't ready.

It reminds me of a free throw rebound once in high school, when I got shoved suddenly from behind, winding up on the floor. It wasn't so much the shove, which you kind of expect, but it was the fact that it came from someone I wasn't tracking-so it was the surprise more than anything.

I haven't felt right since.
Posted by Unknown at 9:29 PM 4 comments:

Billy Joel and his band doing a cover of AC/DC's "Highway to Hell"
Posted by Unknown at 6:36 PM 2 comments:

You Say You Want A Revolution?

The immortal Dan Carlin, as always (www.dancarlin.com), has a great point this week.

Like Dan, in my heart of hearts, I don't have a big problem with Tom Cruise getting $20 million for a movie, or Alex Rodriguez getting paid $25 million per year, or Vikram Pandit getting paid a quarter of a billion dollars to take over at Citigroup (http://bit.ly/10FBTU).

If you're an achiever, and you are in the top 0.00000001% of your profession, then you deserve to get rich. No one is WORTH $25 million dollars a year, except maybe heart surgeons and kindergarten teachers. And no one is willing to pay $125 to watch any of those people do their work for 3 hours, so they don't get paid $25 million dollars.

What makes people crazy is when you're getting rich, and you're grossly incompetent, and the people who are giving you the money say, "Hey, do you really deserve this?", and you start whining about how it's your CONTRACT, and you EARNED it, and it's NOT FAIR.

Fundamentally, I think Americans are fair people. They really don't want things given to them, they want to work for it. The middle class has been falling behind for decades, and the screwing continues apace, and the cry from the privileged classes is that this is the system, it's sink or swim, survival of the fittest, blah blah blah.

And then these malefactors of great wealth screw up big-they make huge bets, and get them wrong, and then they turn to the government, which they have bought and paid for, and say that we HAVE to help them. We have to help them or they will kill us all. They got all the gain, and we take all the risk. And we have to do it, or credit will dry up and its the 14th century all over again.

We wouldn't have as much of a problem with all this if they just took some of the downside risk as well.

And, in Carlin's final and most brilliant point, a point that I echoed here some time ago, it is NOT sink or swim. We're Americans. We are all in this together. Suffering Americans are linked to us just as surely as if we were tied to them in the middle of Walden Pond. It's from the bloody Bible-do unto others as you would have them do unto you. If your fellow Americans go under, you will pay for it, rest assured. You will pay for it in welfare payments, or food stamps, or crime, or your business going under because no one can afford whatever it is you sell.

It sucks to help people that don't seem deserving. It feels rotten, and wrong, and unfair. But it's what Jesus would do, and it's what we HAVE to do if we are going to get out of this with any semblance of an America.
Posted by Unknown at 5:42 PM No comments:

I finished Richard Price's "Lush Life" this morning. I had attempted it before, and never been able to finish it, but this time it just flew by for me. Price wrote a number of movie scripts, as well as cowriting HBO's renowned series The Wire. The book is marvelous. It's kind of like an episode of Law and Order, except lived from the inside.

The video is the Thin White Duke, David Bowie, performing Iggy Pop's "Lust for Life". Bowie co wrote it, so it's not really Pop's "Lust for Life", but Iggy is much better known for it. That has nothing to do with the book, except for the fact that it's a mild pun.
Posted by Unknown at 4:01 PM No comments:

Elton has released a lot of albums-and a lot of songs. Necessarily, a lot of them have been forgettable. But when he hits, he hits big, and his songs have helped me through some rough patches.
Posted by Unknown at 3:31 PM 6 comments:

It's Alyson Hannigan's birthday today. I didn't know who that was. According to Google, she is an actress who was recently pregnant.

I don't have anything to say about that, so here's a link to Sheryl Crow performing "Steve McQueen". It's his birthday, too.

The Big Hoss hangs 'em up

Curtis Montague Schilling, who pitched for 19 seasons for 5 major league teams, announced his retirement today. Schilling, who pitched for 3 World Champions, won 216 games in his major league career, albeit with phenomenal, unearthly postseason numbers that are not included in that total, putting him, should be be elected, into the bottom half of the Hall of Fame in that category.

Schilling was an avid blogger and caller to sports radio talk shows, and got as much attention towards the end of his baseball career for his opinions as he did for his play. He avidly supported John McCain in the 2008 Presidential election, and was deeply devoted to his Christianity and his charity work, notably his work to defeat ALS (Lou Gehrig's Disease). He named his son Gehrig after the late Yankee as well.

Red Sox fans probably remember him best for Game Six of the 2004 American League Championship Series. People who haven't been following baseball for a while probably don't understand the Red Sox' relationship to the Yankees prior to 2004. The Yankees were the bully who always tormented you at school, the teacher whose class you couldn't pass, the coworker who won't let you get any credit. The Red Sox were picked on, put on, cast aside with the trash. The Yankees were better, richer, taller, had better looking girlfriends. What's worse, you knew it, they knew it, and you KNEW they knew it. They didn't even have to say anything-it was all in the dismissive look they gave you. You didn't scare them, because you didn't MATTER.

The 2004 ALCS started out awful for the Red Sox. Schilling, who had hurt his ankle towards the end of the regular season, got whipped in Game One. Pedro Martinez, the All World starter who had finally been showing signs of mortality in 2004, lost a close game in Game Two. Game Three was a disaster, a 19-8 Yankee smackdown. No team in the history of baseball, and only two teams in the history of sports, had come back from a 3-0 deficit to win a best of 7 series.

Game Four, the Red Sox came back to tie against the Greatest Reliever Who Ever Was, Mariano Rivera, and then won in 12 innings. Game Five, the Red Sox won in the 14th inning. No problem, right? Games Six and Seven to be played in Yankee Stadium. Surely no Yankee team could blow a 3-0 lead.

Now the Red Sox, spunky and resilient though they were, were simply out of pitchers. The bullpen had been ridden, and ridden HARD. Schilling, who had been judged out of action after the Game One disaster, is given the ball. The team doctor stitches his ankle together BEFORE THE GAME.

SO what does Curt Schilling do? In the chilly New York night, the wolves baying for blood, the man stands there on one leg and pitches 7 innings of one run baseball, leaving with a four run lead and blood on his sock. The Red Sox win Game Six, and then Game Seven, and the great Yankee beast is off of their backs forever.

Farewell, sir. I didn't like your politics, or your attitude at times, but as Hemingway said heroes do, you put your fear aside and did your job.
Posted by Unknown at 8:10 PM 2 comments:

The Thieves' Response: "Don't Look At Me!"

As my dear friend Peggy used to say, "Poor baby. I feel so bad for you."

"Banks, worried that the proposals are distracting employees, are trying to reassure staff and keep them focused on clients. Lewis said the taxes could cause “unintended harm” and delay the recovery of the financial system."

That's as opposed to the unintended harm that killed the financial system in the first place?

" “I am very concerned about our ability to retain some of our most valuable associates,” Lewis wrote in his memo to employees obtained by Bloomberg. “The very best performers on our team will always have offers from competitors.” "

" “People are very anxious about this getting too widespread, this notion that no one on Wall Street or in banking deserves any money,” said Seamus McMahon, a consultant with Booz & Co. in New York, who works with financial firms. "

" In a separate e-mail to his own employees, Jes Staley, head of JPMorgan’s asset-management unit, said that the bank is “working hard on all of the challenges we are currently facing.” "

Just as hard as you worked to cause the challenges?

Look, you broke the world. You BROKE IT. And you expect us to trust you to fix it? Screw you.
Posted by Unknown at 7:59 PM 20 comments:

Dont Read This If You Want To Sleep Tonight

A long, readable, very depressing piece on the financial crisis from Rolling Stone.
Posted by Unknown at 6:14 PM No comments:

A couple of great birthdays 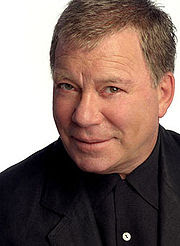 A couple of great ones today, two men who have each given me hours of enjoyment over the years. Andrew Lloyd Webber, who composed the music for my two favorite musicals, Jesus Christ Superstar and Evita, and William Shatner, who was, of course, on TV and on film, Captain James Tiberius Kirk of the USS Enterprise.
Posted by Unknown at 2:50 PM 3 comments: