Game 71: Youk is Back and There's Gonna Be Trouble

University of Cincinnati product Kevin Youkilis hit a game winning homer in the top of the tenth, powering Boston to a 6-4 win in Cincinnati.

The Supreme Court ruled that yes, for once, the Constitution means what it says. Imagine that.
Posted by Unknown at 10:08 PM No comments:

The word of the day is theodicy

Theodicy, or how we explain the existence in a just and loving God in the face of a world that seems to mock any notions of fairness or justice of any kind.

The most compelling reason I've ever heard is neatly expressed by Rabbi Harold Kushner in the book "Why Bad Things Happen To Good People". He simply notes that God could simply compel our worship-you know, being all powerful and all. But He does not- he allows us to choose to believe or not, so that the belief will be meaningful. The freedom to choose, of course, allows the freedom, in turn, to choose otherwise, and the existence of evildoers.

Boston plays the mighty Redlegs again in the Queen City today, and the NBA Finals is on at 9pm tomorrow.

Happy Father's Day to everyone tomorrow.
Posted by Unknown at 2:34 PM No comments:

It's Interleague Time Again, and Boston dropped the opener in the Queen City, 3-1. Aaron Harang, whose success is a continuing mystery to me, pitched seven strong for them, while Justin (Bat) Masterson pitched 6 2/3 of decent work, marred only by solo shots to Bruce and Dunn. Which is not to be confused with the country music act.

It's funny-since I'm not working, I really don't have much to complain about lately.
Posted by Unknown at 9:35 PM No comments:

I wonder how a real government responds to a natural disaster that has injured its citizens?
Posted by Unknown at 8:33 PM No comments:

NBC newsman Tim Russert has died suddenly at age 58. While not always the hard hitting crusader you could wish he was, he seemed a very decent man, so we should mourn his passing.
Posted by Unknown at 4:24 PM No comments:

It Is So On !(NBA Finals Liveblogging Part Four)

If Boston takes this game, the Lakers are in serious turmoil. Needing to sweep 3 games is hard enough, but 2 will be in Boston. That's nearly impossible.

1125P-After trading haymakers for a while, the Lakers get a basket, a stop, and a basket, and they're up 4, with Pierce grabbing his ankle. Oh, Great.

Can somebody explain Coldplay to me? Thanks.

1129P-Pocketful of James Posey hits a 3, 81-80 LA.
Can someone explain why the hell players keep slipping on this floor? Do they not have mops in Los Angeles?

1133P-Ray Allen gets a rebound in traffic, surrounded by Lakers, then goes up and under, 86-83 Boston.

Timeout. What a comeback. Wow. The Lakers are doing a serious choke job here. Bodies are flying, and it's serious, competitive basketball played at the highest level on Earth.

Wife just asked me, "How much time is left?"

She's watched the NBA before, you see.

1146P-The Lakers let the clock drain very very low, then Ray Allen blows past Vujacic for an easy layup, no help from the other Lakers, and it's 96-91. Pau Gasol is a great shooter, but he can't guard anybody.

1149P-The Lakers miss a series of poor shots, then House is fouled with 3.6 seconds to go. Wow.

It's over. The Celtics win. Wow. No team has ever come back from a 3-1 deficit to win an NBA Finals.

This is an epic, major choke job by the Lakers. Yankees-level choke job. Unbelievable. Wow.

Pierce looks exhausted, but jubilant.
Posted by Unknown at 11:09 PM No comments:

They actually brought it down to 12, but then a few bad shots and defensive breakdowns pushed it back to 18.

Not impossible, but far from easy. The Lakers have to go into a big, bad funk for a while. The Celtics can still put together a 10-0 run when they want to-so they just have to do that twice, right?

In Boston, the Red Sox wind up another strong homestand with a 9-2 bangeroo over the Baltimore Orioles, featuring the vocal stylings of America's sweetheart, Jon Lester, to the tune of 7 innings of two run ball.

In Los Angeles, the Celtics are taking the floor against the Lakers in Game Four of the NBA Finals.

Kevin Garnett is getting assaulted, and the referees are showing all the balance and fairness of Antonin Scalia talking about Bush v. Gore.

9:17 PM That annoying GMC commercial with the parking lot attendant. I don't find it cute or funny or clever, just annoying. I wasn't going to buy a Denali anyway, but after these commercials, I'm certainly not.

It's 16-6 now, with Gasol and Odom running the floor, making the Celtics look very old and tired all of a sudden.

I don't want to believe this NBA conspiracy theory talk, and yes, there is some discretion involved, but there are decisions made by NBA referees that just defy description.

9:20 PM Odom outhustles Garnett for a rebound, then takes him to school in the post, drawing a foul. How is Odom, who is a Westminster Kennel Club worthy dog, outplaying Garnett?

Garnett to the bench with two quick fouls.

Is Will Smith's movie "Hancock" going to be great or a disaster? I can't tell.

9:36 PM If there's a defining moment that tells you that "this game is out of control", that phrase might be "Trevor Ariza hits a three pointer in the corner."

After one quarter, Lakers 35, Celtics 14. An utter monstrosity. They're not that good, and we're not that bad, but as Professor Bill Parcells used to put it, "You are what you are." And what we are is down 21 after one.

A healthy colon is critical

Now watching Rashomon on IFC. It's one of the several dozen films that I know are classics but I have never seen. I didn't think I'd like it at first, but it has sucked me in. Very interesting.
Posted by Unknown at 2:41 PM No comments:

It's not going to pass, because Congress is made of spineless weaklings. I'm not even sure that it would help. But, as Keith Olbermann puts it, there is something to be said for putting this on the record, so that, 100 years from now, assuming there is a human race, they will know that someone knew.
Posted by Unknown at 6:30 PM 3 comments:

Well, it's been an interesting couple of days.

While working on Sunday, June 8, I started to feel increasingly crappy. I limped through the rest of my shift, towards the end literally, and drove home with the windows rolled up, shivering. (Mind you, it was 95+ in my neck of the woods, my car is black, and it had sat in the sun all day.)

My fever was so severe I was still freezing. I took my daily medications, then went to bed, coughing and resting uneasily.

I awoke at around 10pm, my right leg (which has already put me in the hospital once before) throbbing. The symptoms of cellulitis were abundantly clear to me, and my wife rushed me to the Emergency Room.

In the Emergency Room, my blood pressure plunged, and I was put into Intensive Care. I never lost consciousness except for occasional naps.(I still haven't had a full night's sleep since Saturday night.)

I was in Intensive Care until today, when I was discharged home. I could have been moved earlier, but there was no room in the hospital-the heat wave having filled the joint.

All that being said, I am chastened, but ok. Resting comfortably.

While I was gone, the Red Sox beat Erik Bedard at home on Sunday, and the Celtics beat the Lakers again, taking a 2-0 lead in games.

On Monday, both teams were off, and then on Tuesday, Boston got beat up by Baltimore, 10-6, as Hideki Okajima got roughed up again. In Los Angeles, the Boston Celtics lost a close, strange contest, leaving the NBA Finals at 2-1.

The Red Sox play Baltimore tonight, Game #68 of the 2008 season, and Game Four of the NBA Finals is Thursday.
Posted by Unknown at 5:34 PM 2 comments:

I think Roger Daltrey said it best when he said...

I am home from a puzzling and slightly terrifying weekend hospitalization.

I have to put some affairs in order, but I will explain more in a bit. 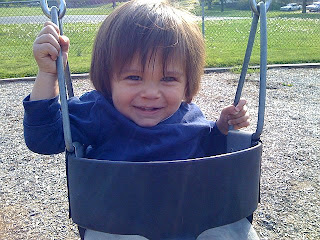 Posted by Unknown at 1:54 PM No comments: