I had been looking for this piece for ages, and I am delighted that I finally found it. From his nonfiction book "Fates Worse Than Death", the late Kurt Vonnegut, addressing Hemingway scholars:

" Let me hasten to say that no matter how much his choice of subject matter bothers me nowadays, I am always amazed and delighted by the power he discovered in the simplest language. A sample I chose at random from his short story 'Big Two Hearted River': 'Nick sat down against the charred stump and smoked a cigarette. His pack balanced on the top of the stump, harness holding ready, a hollow molded in it from his back. Nick sat smoking, looking out over the country. He did not need to get his map out. He knew where he was from the position of the river.

" 'As he smoked, his legs stretched out in front of him, he noticed a grasshopper walk along the ground and up onto his woolen sock. The grasshopper was black. As he had walked along the road, climbing, he had started many grasshoppers from the dust. They were all black.'

"(The grasshoppers were black, of course, because the area had been burned over recently, making black the ideal protective coloration.)

"No fear of repeating words there. How many of you had teachers who told you never to use the same word twice in a paragraph, or even in adjacent paragraphs? Clearly, that was poor advice. The biggest word in that passage, by the way, is 'grasshopper'. Big enough! The strongest word is 'black.' Strong enough!

"I myself, when I teach writing, say that people will not read a story in which nothing much happens. But nothing much happens in two of Hemingway's most thrilling stories, 'A Clean, Well-Lighted Place' and, again, 'Big Two-Hearted River.' How is this possible? It is the brushwork.  If Hemingway had been a painter, I would say of him that while I often don't like the subjects he celebrates, I sure as heck respect his brushwork."
Posted by Unknown at 9:52 PM 7 comments:

Or, even better...(NSFW) (Jon Hamm Edition) (My Wife Is Still Funnier Than You)

As I said, NSFW. Read on if you dare.


HER:"Jon Hamm makes you drop down on your knees and thank God you have a vagina."

My brother has a complex about this, but I don't...

...or, My Wife Is Funnier Than You, Part MCMXCVXIII

ME: No problem. What kind?

HER: Always Thin Overnight. With wings.

ME(writing): Thin, overnight, wings. Got it. Any special brand?

ME: No, I need to know if there's a special brand.

HER: I told you. Always.

ME: Oh, you mean the brand Always. I thought you meant the word always. Small 'a'.

I promised myself I wouldn't do this anymore. (Talk about politics, and get meself all riled up.)

"It is early days, surely, but, at the moment, there is absolutely no way on god's earth that I would vote to re-elect Barack Obama as President of the United States. I always had my DOUBTS. But I was willing to ride the train in order to keep the government out of the hands of a bunch of undereducated paranoid lunatics, which I didn't see as very high a bar, truth be told. I do not underestimate the size of the problems he was handed last January with two badly run wars and one badly run economy. But, all Lilly Ledbetters aside, it is becoming increasingly plain that the man is not up to the most important job he was elected to do--which is to wring the accumulated viciousness, ignorance, and hackery of the past eight years out of the various parts of the United States government--and to do it brutally, if necessary, which it is. One of our two major political parties has completely lost its mind. This should be a political issue. It is incumbent upon the other party to eliminate that party's influence until it purges itself and comes to its senses again. It also scarcely needs to be said that the sane party has to watch its own ranks for people who seem to be enabling and abetting the goals of the crazy party. Otherwise, as Ezra Klein memorably put it this week, every attempt at bipartisanship winds up as "a hostage negotiation." President Obama--and does anyone but me notice that he gets the honorific conspicuously less often on TV than the last guy did?-- not only seems unequal to this task, he doesn't even seem to recognize the task at all. He wasn't elected to change the tone, dammit. He was elected to change everything because everything needed to be changed. So it's a hard goddamn job. So what? He didn't know this coming in? Now we're going to feed 34,000 more American kids into the meat grinder in Afghanistan because we're America and we can do anything we set our minds to? Hell, we can't even keep our own citizens alive by breaking the power of the health-insurance industry. We can't right our economy because it's still in the hands of Wall Street grifters, and the government has fallen into the thrall of a bunch of banker-morons I wouldn't trust with a potato gun. Some people needed to be crushed politically. Some people needed to go to jail. Some people needed to be exiled forever from the serious business of self-government. It's Black Friday, and I'm shopping for another candidate. I'm beating the rush."
Posted by Unknown at 10:58 PM 10 comments:

Rejection: It's Not Just For Breakfast Anymore

Since the fine folks at dogzplot.blogspot.com turned me down, I guess I can go ahead and post this here: Flash Fiction, again, this time 200 words or less. The title is "Ponytail"

"She crossed her legs easily. She can tuck one leg so far over the other her shoe almost hits me in the leg. The stockings make a synthetic, high pitched sound when they rub together. I am sitting behind her, so every detail is palpable. The semicircle of skin between the base of her neck and the collar of her shirt. Her ponytail, a long, straight line that bobs when she moves her head. Like a pony.

She moves her head to follow him as he lectures. Biology, Punnett squares. Ontogeny recapitulates phylogeny. I have to follow him too, but I follow her, following him. A stray hair is on my notebook. It's hers, long and brown and curly. Hair has DNA.

When he mentions sexuality, the manifestation of all this math and intricate relationships, a titter runs through them all. Not even a giggle, just a acknowledgment that something naughty has been brought up. I feel it, feel the letters colliding, the traits mixing, the magic of generations bearing fruit. I cannot admit what I really feel, but my body screams it out. Reproduce or die, it says. Being civilized, I stay quiet."

My NaBloPoMo streak ended last night, to the shock and surprise of exactly no one. Don't judge.

If you want to see some roasting done by one of the quickest minds in the business, check out facebook.com/the40yearoldboy, and scroll down to the Jimmy Pardo roast section. Jeffrey Ross, eat your heart out. Exuberantly NSFW, though, so be warned.
Posted by Unknown at 9:14 AM 5 comments:

She sat right next to him. He was playing with his phone now, trying to look busy, not looking at her , deliberately. She considered poking him, even kicking him to get his attention. That wouldn't be “professional”, wouldn't be “appropriate”. The candidate would be out soon, and the work would begin. She'd be writing, recording. So would he. Then on to the next town. Shamed. Silenced. Forgotten. Last night, he called out her name. Pulled, pushed, kissed, advanced, retreated. Last night, his attention was on her. Last night, he looked at her. Last night.


Flash Fiction, fiction of 100 words or less. Based on a prompt found here
Posted by Unknown at 8:15 PM No comments:


Clearly, the most awesome thing in the entire history of awesome.
Posted by Unknown at 7:51 PM 1 comment:

The Future of Media – Howard Stern, Bill Simmons, Adam Carolla
Aaron Cohen with a provocative, though not new, idea about the future of media.
Posted by Unknown at 4:10 PM 2 comments:

James McManus on Americans and Poker

"Ever since the Mayflower carried separatist Puritans to Plymouth in 1620, what is often called the American Experiment has lavishly rewarded and punished those who take risks. From Washington's attack on Trenton after crossing the Delaware in a Christmas night hailstorm, Alexander Hamilton's revolutionary banking and credit systems, to the nine-figure compensation packages for CEOs and hedge fund managers, our military, political, and economic systems have all been tipped in favor of people who bet big and won-as opposed to Old Europe, where nearly every advantage went to those who were lucky enough to be born aristocrats."

From McManus' lovely new book, "Cowboys Full: The Story of Poker"
Posted by Unknown at 11:13 AM No comments:

Sometimes even a cynic has hope...

It turns out that there are limits to what people will put up with in public.

A protest by the KKK before a University of Mississippi football game was shouted down and humiliated by a much larger crowd of right minded citizens. Free speech in action-go right ahead, bring your idiotic rhetoric into the public square, and you will be treated, by the public, as the pinheads you are. No violence, no hitting, just voices raised against morons.

Good on ya, Ole Miss!

"Rejoice, as we will destroy racism in our lifetime."
-Henry Rollins
Posted by Unknown at 9:40 AM 4 comments:

I don't ask y'all for much. Only patience, really, which you give in oodles and heaps. So thanks for that.

But other than that, I don't ask y'all for much. So do me a quick favor, then, wouldja please?

Head on over to this little corner of Blogsylvania, please, and enter my blog buddy Katie's (the very same one who delighted and inspired you when she guest posted here) little contest. She's working her little social media tuchus off for @run2inspire, a HPV charity, and is giving away a Visa gift card in return for the generation of some buzz, some heat, some smoke, some googlejuice about her efforts for @run2inspire.

Since I'm sure that, like me and ESPN's Matthew Berry, you are anti cancer, you will have no ethical trouble doing so.

So go give Miss K some love, wouldja please?

Talk about your young and aggressive rock n rollers!


Bruce Springsteen and the E Street Band, dropping some knowledge on the people, nearly 35 years ago.
Posted by Unknown at 6:45 PM 2 comments: 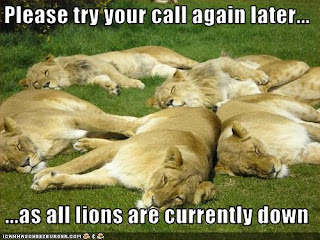 I know it's tacky, but I don't care. I think that's hysterical.
Posted by Unknown at 5:42 PM 3 comments:

Those What Be Way Betterer

A sensitive, funny, impressively talented guy. All text, but some, shall we say, adult themes?

I don't know this young lady's name, but I stumbled across her from indieink.org and am transfixed. Again, some adult themes and somewhat rough language, but raw, real, original, gorgeous, and heartbreaking.
Posted by Unknown at 9:18 AM 4 comments:

Do They Know It's Christmas?

Do They Know It's Christmas? from Scott Aukerman on Vimeo.

From a mentally unstable group of LA comedians, a satire of Band Aid's "Do They Know It's Christmas?", the real one of which will begin assaulting us any day now.