I'm Not Made Of Stone, Here, People

I guess I've always had a little bit of a thing for vampire stories. Other than the Anne Rice books, (shocking, I know-I'm not sure why I never got to them) I have always liked vampire stories, ever since a wise English teacher (and author of his own horror novel) decided to cover Dracula in 10th grade English. I loved Salem's Lot, and The Historian, which came out a few years ago, was also marvelous.

So with all the fuss and fanaticism about the Twilight series, especially since the release of the film, I had been thinking about trying them out. Put off by their hyper girly reputation, though, I kept holding off. For reasons I cannot explain, I finally pulled out the first one, "Twilight", and decided to give it a shot this morning. (My wife bought and devoured all four some time ago. At the moment, books 2, 3, and 4 are on loan to her sister. This has been causing me no small amount of panic, since I am not completely positive I can wait to read the next one.)

1. As an adult, there are some groanworthy passages. Teenagers talk with all the heavy, weighted speech of Shakespearean lovers. But when you're a teenager, love is freighted with the weight of tragedy, isn't it?

2. This is the sexiest book with no sex in it that I have ever read.

3. The heroine, Isabella Swan, is utterly precocious. She is much more mature and responsible than, say, Carrie Bradshaw, while only being seventeen.

4. I found a lack of description in places to be puzzling. Things and people are said to be beautiful without really saying why or how they are beautiful.

5. It is easy to see why it is so powerfully compelling to young girls.


All that being said, it is a marvelous story. I loved every second of it, I am utterly hooked and plan to begin reading the second without delay.
Posted by Unknown at 10:47 PM 8 comments:

JCal on the end of the world


Jason Calacanis, millionaire entrepreneur, on the coming apocalypse. When well off guys like Calacanis are scared, that petrifies me.
Posted by Unknown at 10:39 PM No comments:

http://ccinsider.comedycentral.com/cc_insider/2008/12/colberts-best-bear-moments.html
Posted by Unknown at 5:36 PM No comments:

4. My superiors are free to insist and expect all they want. My son expects a Wii for Christmas. But unless my superiors give me tools and resources, and unless my son discovers a vein of gold and/or uranium in the front yard, they are both going to be disappointed with the results.

5. If I'm paying you money to protect my stuff, leaving the front gate wide open is not a good way to make me feel all warm and fuzzy about how safe my stuff is.
Posted by Unknown at 5:07 PM 2 comments:

Selections from ITunes/Where Did The Songs Go?

Apple really helped me out-their online help people discovered something that I had forgotten-I had used two different accounts to buy ITunes music, which is why a number of songs I had purchased were not being recognized.

In celebration of my ITunes finally recognizing that I own the stuff that I bought, all the songs from my(really, our)(as you will see) collection that begin with the word "Where":


Metallica, "Whereever I May Roam"
Carole King, "Where You Lead"
Martina McBride, "Where Would You Be"
Traveling Wilburys, "Where Were You Last Night"
Billy Joel, "Where Were You (On Our Wedding Day)"
Elton John, "Where To Now St. Peter"
Metallica, "Where The Wild Things Are"
U2, "Where The Streets Have No Name"
Madonna, "Where Life Begins"
Chess(Soundtrack), "Where I Want To Be"
They Might Be Giants, "Where Do They Make Balloons"
Nirvana, "Where Did You Sleep Last Night"
The Supremes, "Where Did Our Love Go?"
Billy Joel, "Where's The Orchestra"

"One last thing: Bush should consider pardoning--and should at least be vociferously praising--everyone who served in good faith in the war on terror, but whose deeds may now be susceptible to demagogic or politically inspired prosecution by some seeking to score political points. The lawyers can work out if such general or specific preemptive pardons are possible; it may be that the best Bush can or should do is to warn publicly against any such harassment or prosecution. But the idea is this: The CIA agents who waterboarded Khalid Sheikh Mohammed, and the NSA officials who listened in on phone calls from Pakistan, should not have to worry about legal bills or public defamation. In fact, Bush might want to give some of these public servants the Medal of Freedom at the same time he bestows the honor on Generals Petraeus and Odierno. They deserve it."
-William Kristol
(http://weeklystandard.com/Content/Public/Articles/000/000/015/876qyutv.asp?pg=2)

No. Don't pardon torturers. Imprison them, and imprison the ones who ordered them to do it.
Posted by Unknown at 7:00 PM 1 comment:

After months of searching, and inspired by fellow blogger DMarks at inaholdingpattern.blogspot.com, I finally found this postcard. It came to me as a bookmark in a Franz Kafka paperback, and it is just as full of mystery and wonderment now as when I first saw it, maybe 15 years ago. It actually inspired me to write a short story, way back then. I wonder where that story is now.

The front, since you probably can't see it, is the University of Colorado.

On the back is a 12 cent stamp (!), with Henry Ford and the Model T on it. The postmark is June 15, 1981, in Reno, Nevada. It is addressed to Scott, who lived in Cambridge, Massachusetts.

The message is, "Scott. Ted + I are in Lake Tahoe right now-tell John we DID make it through the Rockies. Having a great time. Spent some time in Utah+ Nebraska was HOT. Miss you. Love, Sarah"

Then, at the bottom, the postscript, which is what sends my mind reeling.

The multiple relations are what get me. Who is Sarah with? Ted? Scott? Nobody? Did she used to date Scott, but now they're just friends? And why is Ted sending money? Where is he going to get the money? Where are they going? Why was John so sure they wouldn't make it?

According to reports, the Red Sox have agreed on a contract with young Junichi Tazawa, a 22 year old Japanese pitcher. Tazawa needs work, reportedly, but has a live arm and may pay off down the road.
Posted by Unknown at 6:55 PM No comments: 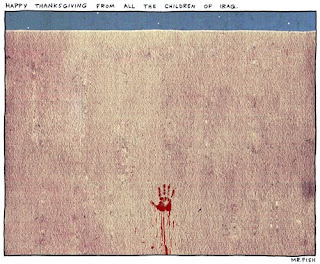 Posted by Unknown at 5:04 PM No comments: