For the final Flash Fiction Friday of 2011, the redoubtable Thomas Pluck challenges us to echo the great Tom Waits and create anatomically correct fiction, including a song, weather, the name of a town, and something to eat. Here's my contribution, "It's Raining In Baltimore". (Bonus points if you pick up the OTHER lyric included in the story.)


"It's raining in Baltimore," she said. Bits of her hair were hanging down in front of her face. She was looking down into the display of her phone. It was sitting next to a bowl of chicken soup, which was steaming up her glasses. She didn't pause to wipe them.

"That's pathetic," she said. She looked out the window through the fogged up lenses. It was gray and blustery, with spitting, insignificant rain, what my friend Gordon calls "a good day for a murder."

I stirred my coffee aimlessly. She said she didn't feel like eating, but I needed coffee and I figured it would be less odd looking if we both had something.

"We can't keep running like this," she said. "We're going to run out of money."

"I don't even have any underwear with me," she said.

"I mean, I appreciate this. I do. I don't want you to think I'm not grateful."

"But I can't stop thinking about it. Where are we going? What's the plan?"

"I'm not sure quite yet," I said. My Uncle Barry, the family member most accustomed to calamity, lived outside Salisbury. I didn't know anyone who could handle a crying, disheveled woman appearing at your door in the middle of the day, but he came the closest.

She sipped at the soup delicately. "Why are you doing this?," she asked carefully.

"I couldn't live with myself any more. Knowing you're with him, knowing he treats you like that- I couldn't stand it any longer."

"But he loves me," she said softly, almost in a whisper. The bruise mushrooming around her right eye looked almost green under the fluorescent lights inside the diner. The rain began to fall a little more determinedly, making a murmur of sound against the window.

"He might," I admitted. "Somewhere under there, he might. But the way he treats you, it's mixed up with anger and alcoholism and who knows what. You need to get away from him, and you know he'd find you if you stayed at my place."

"But what if he asks you where I am?"

"But what if he insists?"

"He can be very convincing," she said, looking down into her soup again.

"So can I," I said, trying to make it sound heroic.

The third time that I heard her in the hall, stumbling and moaning, I told her when I took her in to dress her wounds and listen to her tears that I wasn't going to let him keep doing that. The next time was about 4 hours ago. I grabbed the bag I had packed and took her down to my car. She stopped crying by the time we got to the interstate, but we hadn't really talked until we sat down at this roadside cafe. The waitress was hovering uncertainly, wanting to make sure we paid. I reached into my duffel bag and set a ten dollar bill where she could see it.

"I'm going to wait a few more hours, then I'm going to call my uncle Barry. He lives in Maryland. He's had 4 kids, so he's used to taking in strays."

"You didn't think this through, did you?"

"Not really," I admitted. "I just couldn't breathe, knowing you were going to go back to him and get treated like that. I can't stand seeing someone so precious be treated so shabbily."

"I'm not precious," she said, looking down. She was quiet for a long time.

"Ready to go?," I suggested. I had sucked down all the coffee I could stand.

I stood up from the table, nodding at the waitress. The rain was falling lightly again, making spots on the window, turning the streetlights into blurred, fantastic visions.

She was still sitting at the table. "What am I going to do?," she said softly.

"I don't know," I said truthfully. "First we get you someplace safe. We'll figure out Step Two once we nail down Step One."

"I know. But sometimes you just have to do the first right thing you see."
Posted by Unknown at 10:10 PM 5 comments:

It came back to me in fragments, like it was a movie. I knew it had really happened, but I could only see bits of it at a time. A still image, and then another, and impressionistic bursts of sound and motion. I didn't want to open my eyes. I knew I'd have to eventually. I could feel that she was there, even smell the presence of a body that wasn't mine, so I knew what had happened, generally. But it was all hazy in the specifics.

Last night I had played the wingman, the time honored male role of running interference with a girl's friend, drawing their fire while your mate goes in for the kill. I wasn't proud of it, but Henry had been there for me, and more importantly, I still owed him 200 bucks when the stupid Buccaneers didn't cover the spread. So when he asked me to run interference for him, I agreed.

The club was one we hadn't been to before, but it was like most of those places, dark and loud and crowded. I followed Henry through the crowd, being jostled and bumped along the way. He had promised a nursing student that he would meet her here tonight. We made our way to her, and indeed, she was every bit as cute as Henry had promised- a pert nosed blond with a hard little body and a thin, silvery top. There was a scowling brunette next to her, slightly thicker and trying too hard to out dress her prettier friend, wearing a black dress that was too tight and shoes that were too high.

We broke into the usual routine, trying to start conversations, making dumb little puns and gentle compliments. They played the only cards they had, feigned indifference. We performed like a script had been written for us, dancing when they wanted to dance, keeping the drinks flowing, letting them have their conferences when they needed to debate their plans. It was an elaborate charade. We knew what we wanted, and they knew what we wanted. The trick was getting them to do what we wanted without asking. Asking was too forward, and if we asked, they couldn't let themselves accept. I oozed charm and sincerity, feeling them yield to our agenda gradually.

It worked quicker and easier than it had any right to. Maybe I was getting too good at this. We had them in a cab with us, laughing and smiling, heading back to our place, and then we separated, the comely blond slipping away with Henry, and her friend, who I now knew as Corrine, followed me into my room. In the more natural light of our apartment, I could see she was prettier than the club lights gave her credit for. She had a splash of freckles across her nose, and a very shapely body, and some reddish highlights in her hair. I didn't want to, but I didn't not want to. This was the awkward part.

She was sitting on my bed, sliding her stilettos off. I was hanging my jacket in the closet. I looked back at her. Her face was a mask, with a slightly quizzical smile. Her toes were pointed at me as she flexed and stretched what must have been aching feet.

"I can sleep on the couch," I offered.

"I know what you are. You're the wingman. Your buddy macks on her, and you take the bullet by taking me instead. I'm not stupid."

"Women are a lot smarter than you think. I know the code," she said. "You're going to."

She leaned back, crossing her legs slowly in front of her. "Am I that bad looking?"

"No, no. You're fine." She was. But something was a little off. I wasn't used to not being in charge.

"OK, then. We're doing this. Or I go knock on your buddy's door and we both leave. I have needs too. This is the only way I get anything, from taking Erin's seconds. You think girls don't have wingmen, too?"

She stood up in bare feet and turned her back to me. "Unzip me," she said. I felt ashamed, but not so ashamed that I didn't do as she asked.

From there, things progressed. She was good, but like pepperoni pizza, I've never had one that was any worse than pleasant. I had fallen asleep at some point, and so had she. I shifted my weight, and I heard her make a little mewling sound, like a cat, and I felt her burrow a little deeper into the bed. I could see her cheek and her ear where they peeked out from an opening. Her skin was flushed with exertion, or perhaps dehydration. She was cute in the morning, I had to admit that. I felt a tiny bit of sorrow. Her eyes fluttered. I wondered what she might be dreaming about.

I hoped Henry's night was more predictable than mine had been. As I laid in the tangle of sheets and limbs, afraid to move, knitting the night's events together, I wondered just who had played who.

For the IndieInk Writing Challenge this week, Stefan challenged me with "Maybe I was too smooth" and I challenged Chaos Mandy with "Shelter from the storm".
Posted by Unknown at 7:31 AM 4 comments: 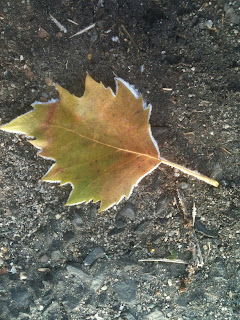 Posted by Unknown at 7:57 AM No comments: