Game Thirty Two: The Beat Down

Whuppin' tonight, as Boston scored early and often while Josh Beckett cruised in a 12-4 win.

Other than that, just Mother's Day shopping and constant, nagging worry.

I have now listened to Jeremiah Wright speak at length twice, the full remarks at the National Press Club and on the Bill Moyers Show. I still haven't heard the hate speech, all the remarks that are supposed to be so controversial. In fact, I am halfway to thinking that Wright would be a better candidate than Obama-more concerned with social justice and human rights.

Can someone please explain to me what's so awful about what he actually said?
Posted by Unknown at 11:26 AM No comments:

Tampa's Edwin Jackson, who is on my fantasy team, is apparently coming apart at the seams, giving up a solo home run to the Working Class Hero, Brandon Moss, followed by RBI hits from Ellsbury, Pedroia, and Ortiz pushed Boston out to a 6-0 lead. With Clay The Wonder Horse in pretty clear control, hopefully we can put this one in the win column.

Tampa did get one run on a wild pitch, so it's 6-1, but we should be able to put this one in the books.

Boston dropped Game 6 of their opening round series against the Atlanta Hawks, forcing a Game 7 Sunday in Boston. With all the hype and talk about Boston's ascension to the levels of the true greats, a first round series loss would not exactly fit the bill.

A disturbing story out of my adopted hometown, Philadelphia. Apparently Colts reciever Marvin Harrison, who is a Philadelphia native, had some shots fired in front of a restaurant he owns. One of the Sports Radio stations in town is reported that Harrison is closely linked to the shooting, either that he shot the gun or it was his gun that was shot.

Of course, Harrison's people deny it. The station better be right, and they better proclaim his innocence just as loudly as they did his potential guilt.

Harrison had been the very model of a professional athlete throughout his career, which makes a story like this doubly stunning. I said the same thing about OJ Simpson, though, so there you go.
Posted by Unknown at 11:08 PM No comments:

Umbrella in a Box 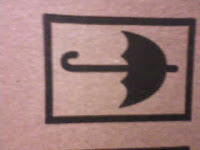 This is an umbrella in a box.

Boston and Tampa are tied 0-0 in the third inning. Considering the game was supposed to start at 700, there must have been a rain delay, although I can see no evidence of one.

Doubles by Lugo and Pedroia combine to give Boston a 1-0 lead in the third, and then David Ortiz walks to bring up the Bad Man with two on, two out. However, Manny strikes out. 1-0 Boston after 3, with Clay the Wonder Boy pitching for our side.
Posted by Unknown at 10:23 PM No comments:

In The Still of the Night

Apparently, Whitesnake is releasing a new album. Like The Eagles, it's a Wal Mart only release.

Are you serious? Was there a DEMAND for this? Were hordes of people assembling in the music section of Wal Mart, crying out, "if only there were new Whitesnake songs!"

And Which Whitesnake? Didn't they have like 5 different guitar players at different points?

Don't get me wrong, I bought the eponymous Whitesnake album, in 1987, when we were all ordered to. It wasn't bad. And that "Is This Love?" song was excellent, with the spectacular woman in it, Tawny Kitaen, who went on to even greater renown for beating up left handed American League starting pitchers with her high heeled shoe.

All together now, on three...

May Day! May Day! (Game Thirty)

AJ Burnett simply kicked ass and took names today, riding us hard and putting us away wet in a 3-0 defeat. Another strong effort from a starting pitcher, though, as that part of our game starts to come together. With Phil Hughes out for a couple of months, it appears, all things look to be leaning in our direction at this time.

I still don't believe in the Rays or the Orioles, or even, really, the Jays in this division. This division is still Red Sox/Yankees, as it was and ever shall be.

Got a morning blood test, followed by work on my oral presentation. I have the handouts finalized, copied, and stapled. Now I just have to get comfortable with the material so I don't freeze.

Today was one of my allotted personal days. I didn't do too much with it. I hope no one takes that personally.

Now watching "Don't Look Back" on VH1 Classic.
Posted by Unknown at 10:12 PM No comments:

I thought there wasn't a game tonight, but it turns out there was. We have Toronto again tomorrow and then the Rays Friday.

So after a visit to the doctor, where I have some lab values that don't make sense, and a trip into the city for a lecture about comorbid depression, I am back home. Morbid and depressed.

Following on ESPN, David Ortiz, who seems to be back up on his horse, hit a 7th inning home run to give Boston a 1-0 lead, but Alex Rios, who is going to be a real, real good hitter, knocked a sacrifice fly in the 8th to tie the game at one.

The lecture was standard stuff, reminding us of what we should be doing and aren't doing, that kind of stuff. Forced conversation, which I hate, and mass produced food, which was actually pretty decent. There was gnocchi. I skipped dessert, which was good, but walked across the street to a Rite Aid and bought two candy bars with my iced tea, which was bad.

In the bottom of the 9th, Scott Downs on for Toronto, Ortiz singles and Ramirez walks. Lowell strikes out. Working Class Hero Brandon Moss is up. Moss singles, but pinch runner Jed Lowrie is thrown out trying to score. But the Captain, Jason Varitek, the mighty Captain, O Captain My Captain, singles to center to score ManRam with the winning run. Phew.

Why was Toronto pitching Scott Downs in a tight game, late?

A tight one, but again, we'll take it.

Both my wife and I are in an odd place, health wise. We have serious health issues, each of us, and in a way, we couldn't care less. We don't take proper care of ourselves, we don't do the somewhat simple things that we could do that would prolong our lives, and even improve our quality of life. Sometimes immensely.

Why? On some level, we just don't care. Additional years of life just don't interest either one of us all that much. It's selfish, and a refutation of all sorts of things that I believe in, or say I believe in. When a genius like Randy Pausch or Steven Hawking struggles for every day of life, and I am essentially crumpling days up and tossing them away..well, the contradiction isn't hard to draw.
Posted by Unknown at 9:37 PM 1 comment:

These are the things I can do without(Game 27) 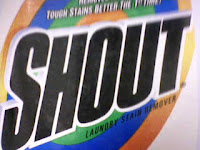 In a stunner at Fenway, Jon Lester locks up with Doc Halladay in a parade of zeroes. Lester allows one hit over 8 innings, Boston's third straight strong start. David Ortiz walks with two out in the ninth, and a pair of singles from Manny and then Youk brings home the only run of the game, 1-0. A tight one, but a win is a win. We'll take it.
Posted by Unknown at 10:16 PM No comments: 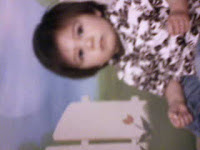 No game today. Hopefully this day off will get us out of this little rut we’re in.

Excellent piece on 60 Minutes about Antonin Scalia. He comes off as very charming, as it has long been said that he is. He makes originalism sound as natural as breathing. I was gravely disappointed, however, that when Bush v. Gore came up, they let him skate on it. None of them has ever fully explained their reasoning, which further leads us to the conclusion that the decision is still as fraudulent as it first appeared.

Bob Edwards’ podcast, which can be uneven for me because there is so much I care so little about, was great this week-a long discussion with Robert Schlesinger about presidents and speechwriters, and then Eddie Izzard! Eddie Izzard! Be still my heart.

I think I’m getting a little picture happy. It’s kind of like Superman on the first day after discovering flight. Kind of.

I have a problem with a colleague. Well, not really a problem, or not really a problem yet. She has an autoimmune disorder of some severity, and constantly complains of pain and fatigue. If she leaves work for any significant period of time, my workload skyrockets. Yet she continually runs herself ragged holding dinner parties and the like, complaining all the while how tired she is and how she shouldn’t be doing it.

It is my business (peripherally) because her health (or lack of it) has a very big impact on my life-I want her to slow down. But I can also see it from her point of view-she has this thing, there is no cure and very little relief in sight, so in some way isn’t she entitled to lead her life the way she wants to?

This is Simon. He is the cutest boy ever. I know you may have a different opinion. But I don't care.
Posted by Unknown at 9:53 PM 1 comment: 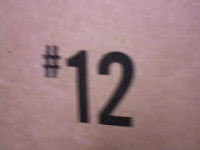 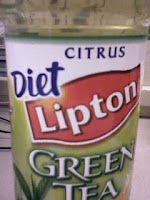 I have solved the camera phone posting mystery. I think. If I have, this should be a shot of iced tea.
Posted by Unknown at 10:06 AM No comments:

Excellent interview and conversation with Rev. Jeremiah Wright on Bill Moyers’ Journal. I didn’t really have any problem with his comments before, but after listening to this, I definitely don’t. Other than the AIDS libel, I can’t disagree with what he said.

And do you really blame someone for believing that? For years, it sure seemed that way.

No Ortiz again today. I hope that isn’t anything major.

Apparently, he wracked his knee sliding, which the Tampa announcers insist was a hot dog play. I guess. But Tampa should win something before they start whining about how other teams play the game.

No Game Tomorrow, then Toronto at home. This is a good chance to get us a win, with Beckett on the bump. Hopefully, we wont waste another good performance.

Hopefully, we’ll get a good performance, that is, and not waste it.

A Stupid Unearned Run gives Tampa a 1-0 lead, then a homer by Evan (The Desperate Third Baseman) Longoria gives Tampa a 2-0 lead, while James (Deflector) Shields, who has apparently turned into Jim Bunning, tosses 7 innings of 2 hit baseball at us.

Tampa is pretty good, and Shields is a fine young pitcher, so there’s really nothing to be mad about. Maybe it’s just my current frame of mind, but this is a really frustrating series of games.

Then Metropolitan District Commission gives up an RBI hit to Carl Crawford, The Very Dangerous Man ™, for a 3-0 lead.

Heading to the ninth, with Shields still pitching, under 100 pitches, 8 innings, 2 hits, 0 runs.

And Shields jams it right down our throats, pitching a 1-2-3 ninth to finish the sweep.

Maybe I’m being over sensitive, but it seems like visiting fans take a special sort of sadistic glee in celebrating wins over Boston teams. Maybe we deserve it-I don’t know. But it seems unusually cruel. I don’t think I do that to the fans of other teams.

Then again, I don’t really talk to anyone, ever, for any reason. So how would I know?
Posted by Unknown at 7:39 PM No comments: