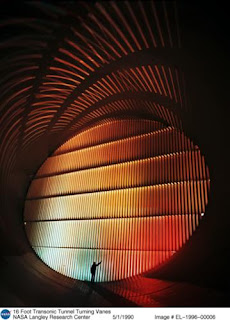 The fine folks at LitStack have posted a flash fiction challenge, 500 words or less based on the above picture. My entry is called "My Turn".

I read once about police work that it was a lot of boredom and paperwork, with occasional breaks of terror. That was what it was like. I was one of three rotating teams, 8 hours at a time, who monitored the airflow, keeping our little corner of the world powered up and temperate. I wound up with Carlos, a taciturn little man who muttered all the time, and Marina, a tall haughty woman who held on to her Russian accent, as partners. We had conflicts, of course- anyone trapped together does. But nothing we couldn't discuss like adults.

The most dangerous part was climbing down into the bowels of the place to scrape and clean the vast grates. Like umpires, we rotated, so I knew I was up next. When the digital readout crept below 89%, we all knew what had to be done. Marina picked up the phone to call it in, and Carlos engaged the safety locks. There were three switches that had to be thrown, two at the same time, to start things back up again. They placed the switches far apart so they could never be accidentally thrown. If they were, the superheated air would leave nothing but a memory behind- I'd be a carbon deposit that some other poor sap has to scrub off in a month.

"You're up," Carlos said softly.

"Don't remind me," I said, getting up to stretch out. Carlos threw two of the three switches that stopped the airflow. There was a thunk and a rumble as the building switched to battery power.

"You're serious about what you said?," Carlos began.

"All you have to do is keep quiet. I'll cut you in on it. Promise."

"Cheating is cheating," I said. "I'm not going to prison when your scheme falls apart." Padding timesheets was a imprisonable offense.

"Do what you want," I said. "Just keep me out of it." I pulled on the heavy, hard boots, zipping up the mandatory coverall.

I went out into the hall, waiting for the elevator to signal that the chamber was safe to enter. I hit the button when the light turned green, then waited as it took me down below. Carlos had proposed that we begin swiping each other's ID, allowing us an afternoon off while the computer thought we were there. I had begged off, insisting I would put in my time, which made me less than popular with the other two.

I removed the tools from the wall rack, then walked into the chamber, which loomed far above my head, a series of closely spaced bars to remove impurities and debris from the air. I heard something I had never heard before, the unmistakable, gut watering rumble of the great furnace coming to life again behind me. "Those SOBs...," was all I had time to think.
Posted by 8 at 10:29 PM

I apologize for making you sign in, but I'm trying to cut down on spam.