Now Listening:
(Or, IPod Shuffle, Speak to Me!)

Elton John, “Understanding Women”- A clear reminder that Elton doesn’t write the words, given his personal proclivities. Then again, that’s not really fair. Everyone needs to understand women. Sometimes gay men, or even other women.

U2-“Zoo Station”- I remember clearly buying this CD right before going to see Tim Burton’s Batman. I would be really disappointed to look it up and learn that I have somehow conflated two events.

John Lennon-“(Just Like) Starting Over”-I read once he was holding the master tapes for this song, along with “Walking On Thin Ice”, when he was killed. I would be disappointed if that weren’t true, too. It turns out there are a lot of things that will disappoint me if they turn out not to be true. Yeah, I know, welcome to life.

Billy Joel- “The End of the World”-A demo that became a completely different song. I can’t remember which one off the top of my head. I can’t sing the lyrics to the real one (which I do know) while he is singing the lyrics to the fake one. 3 months from now, I’m going to hear it and think, “That’s the one!”

Rod Stewart-“Tonight’s The Night”(acoustic)-I got made fun of a lot when I bought this CD while with a bunch of my buddies. I still like it, though.

Black Crowes-“The Night They Drove ‘Ol Dixie Down”(Live)-Yeah, they’re corny and it’s a cover. So what?

The Beatles- “I Saw Her Standing There”-The first time I heard this song, it was being performed by a cover band at a National Honor Society banquet. I had never listened to anything other than “Sgt. Pepper’s” or “Abbey Road” before. This is going to be ridiculously fun to do on “Rock Band” when the promised Beatles version comes this fall.

George Harrison- “Give Me Love (Give Me Peace On Earth)” (Live)- Off of the “Live In Japan” album. I just bought this recently-I can’t believe it took me this long.

Simon and Garfunkel- “Save The Life Of My Child”-from the last album, when they started getting pretty dark and bizarre.

The Beatles- “Why Don’t We Do It In The Road”- pebbles in your back would be my guess.

Page and Plant- “Since I’ve Been Loving You”- I’ve written about this before-the opening phrase is the saddest five notes I have ever heard. I don’t envy anyone trying to do this solo on Guitar Hero. I don’t know if it is or not, but either way, it seems like it would be hard.

Tom Petty and Stevie Nicks-“Stop Draggin’ My Heart Around”-The only way Stevie Nicks was gettin’ on my IPod was draggin’ Tom Petty with her. One might say that my IPod probably doesn’t have anything from a group that was formed since Kurt Cobain died. One might say one should mind one’s own business.

REM-“Ages of You”(Live)-Live at Boston’s own Paradise Theater. I saw Steven Wright perform there once.

Big Star-“Thirteen”-one of those purchases I made because people that I don’t know said they were good. I don’t get it yet.

John Lennon-“Out The Blue”-I don’t think I’ve ever heard this before.

Simon and Garfunkel-“April Come She Will”

Billy Joel-“Big Shot”(Live)-from a bootleg I have of a London show. I don’t know what Billy is waiting for-if he puts this song on Guitar Hero or Rock Band, he could make a mint. I read somewhere that Aerosmith makes more money from Guitar Hero than they do from selling music.

Genesis-“No Son of Mine”(Live)-I am one of those Genesis fans who never knew there was a Peter Gabriel Genesis until way after he started liking the band.
Posted by Unknown at 8:32 PM No comments:

The following post contains the word "penis". Those readers who are offended by the word "penis", actual penises, pictures of penises, the concept of the penis, Puppetry of the Penis, or even former Penn State running back Curtis Enis, should not read this blog post. Move on to the next one, which will probably be about baseball or something.

Like everyone else, I get plenty of spam emails-prize announcements from Irish lottery officials, offers from Nigerian princes or relatives from the Ivory Coast that have left me money. Mortgage companies offering to lower my rate, or girls who are willing to do things to livestock on camera and let me watch, or offers to increase the size of my penis or breasts.

So earlier today, I open one of these for some reason, and it is a discriminating offer from a website owner who wants me to review his website in exchange for cash or product samples. Now, I'm sure he is in hot pursuit of my readers, knowing the high educational level, general intelligence and wonderfulness of my readers, and clearly needing to have those sorts of people channeled towards his website. Or maybe he just wants to find Hairy Rosanna fans.

So, always having a pro-people who want to give me stuff policy, I click on the link in the email.

So therefore, here are my views on the Peloop. (www.peloop.com)

The Peloop, it appears, is a loop for one's penis. Hence the name. They report on their very red website that the peloop is made from Germanium, tourmaline, and "magnets". Strangely, all three of these substances actually exist. The benefit of these substances to the penis is also boldly reported on their site-by improving thr health of the blood in your penis, of course, you increase the health of the penis.

Now, magnets have some role in health, I get that. But it's the germanium and tourmaline that get me-they emit "negative ions" (or "Air Vitamins") and "Far Infra Red Rays" (or "Growth Rays").

I know a fair bit about chemistry. "Air Vitamins"? "Growth Rays"? Isn't that the AA team for Tampa Bay?

So after some more manure about made up medical sounding stuff, there is a picture of former Yankees manager Joe Torre at the bottom of the page. I'm sorry, but I don't want to think about my penis and Joe Torre in any way.

Happy Birthday to the Man in Black

Who watches the Watchmen?

A quickie review from Cameron Reilly of the Podcast Network (www.thepodcastnetwork.com) of the Watchmen movie. I'm pretty jazzed about seeing it-I only recently read the graphic novel, which is just as great as everyone said it is.

When I see President Obama speak about what he plans to do, it feels kind of like if Terry Francona promised the Red Sox would win 130 games this season. It's not impossible, certainly-there's no law of the universe that prevents it from happening. (If Francona promises the Red Sox will win 195 regular season games this season, for example, I would be forced to conclude he was very bad at math.) But it seems impossible-based on everything I know, it doesn't seem possible to do it-win 130 games in the regular season, or achieve health reform, energy independence, and economic recovery.
Posted by Unknown at 10:04 AM 4 comments:

A long, long time ago, I bought a Guitar Player magazine, probably because I was just looking for something to read, and partially because Harrison was the cover story. I'll never forget a line from the article-"The word "genius" is thrown around quite a bit, but this guy was the lead guitarist for the Beatles."
Posted by Unknown at 12:12 AM No comments:

No, Happiness REALLY is...

...not being wracked with fever and chills. A wierd 24 hours for me-24 hours ago, I would have welcomed a shotgun blast to the head, and now today I want to live again.

I'm reading John Updike's "Bech" collection, and enjoying it immensely. Henry Bech is a writerly alter ego for Updike, a writer who talks and thinks about writing in a delicious way. I have two other library books, another Updike and a Batman book, but I am pretty sure I am going to finish Bech and then turn right into the Rabbit books, which I have all in one volume but I haven't read in a while.

Ken Burns' "Baseball" ended tonight on the MLB Network. Reportedly, it is going to be shown again on PBS in May, along with the debut of a Tenth Inning, covering the history from the time of the film (1994) until now.

Maybe I'm just getting old, but suddenly I can't tolerate the cold any more. I'm sick of shivering. I want it to be spring.

If Republicans are really going to stand there and insist that stimulus payments are the wrong way to go for America, they should at least have enough courage to turn all of the money down.

In general, I have the feeling, in terms of the economy, like I'm the only guy whose house didn't get destroyed by the tornado. Everything's fine, sort of, where I am. I keep hearing about terrible things that have happened, but it doesn't look too bad from here.

And now, a word from my sponsor, the late, great Bill Hicks 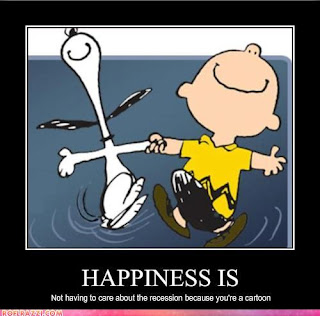 A drum battle between famed drummer Buddy Rich and Animal from the Muppet Show.
Posted by Unknown at 6:51 PM 4 comments:

The Best Game Ever/Too Many Books

I finished Jim Reisler's "The Best Game Ever" today. It is the story of the seventh game of the 1960 World Series, when the Pirates took, lost, retook, and then lost the lead before Bill Mazeroski's ninth inning home run, so far the only game seven walk off in World Series history, won the game and the Series for the Pirates, 10-9. It is a very good read. I found by glancing at the Author's Note something that I did not realize-this is the third book of Reisler's I have read, along with "Before They Were The Bombers", a history of the pre-Ruth Yankees which is the first time the team was owned by criminals, and "Guys, Dolls, and Curveballs", a marvelous collection of Damon Runyon's writings on baseball that he edited.

I am now starting on the spoils of my latest library foray, the Everyman's Library Collection edition of John Updike's Bech books. Naturally, his recent death caused me to think about him quite a bit, and finally getting around to listen to the Slate Book Club's discussion of "Rabbit Run" further inspired me to actually go to my storage closet and dig out my Everyman's Library edition of the Rabbit books.

The Bech stories, so far, are holding my interest. I didn't think I was in a literary frame of mind, but it turns out I may be.

I have way, way too many books, by the way. I have so many books I am paying someone money to keep the rain off of the books that can't fit in this room, which is already stuffed with books. Most of my Vonnegut is there, my Spider Robinson, a lot of SABR books.

Too many books.
Posted by Unknown at 5:54 PM No comments: